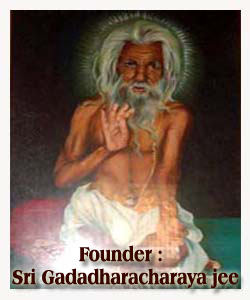 Keeping this fact in mind, after the attainment of independence. It was felt that the education that helped to create to awareness during national movement for liberty could also help to achieve freedom from fear, want, diseases, ignorance, squalor and elimination of poverty by the application and development of knowledge. With the passage of time and all that came and went with it, the achievement of knowledge through meditation or penances lost their relevance. During nearly two centuries of British dominion and introduction of Macaley system, the significance of knowledge had changed from value to price. To acquire knowledge meant achieve it through academic institutions like schools, colleges and universities. Under such circumstances, an institution for higher education in Bihta a rural area of Patna district was assumed to be the need of the hour that may provide an opportunity to reflect on the critical , social, economical, cultural, moral and spiritual issues facing the rural masses of all categories. It was further felt, a college, if established will stand for humanism, increase in tolerance with reasoning, adventure of idea, search of truth thereby providing quality of leadership in politics, administration, profession, trade, commerce and industry. 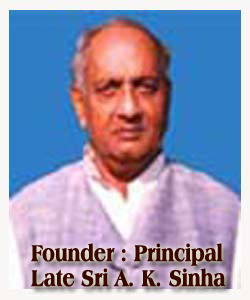 With this mission in mind, Pram Pujya Sri GADADHARACHARYA alias MACHA BABA conceived the idea to start a college to impart education to the children of the poor people of this rural area. His brain child was translated on the ground with the help of local people in the form of Sri Gadadharachaya Janta College, Rambagh, Bihta (Patna) now popularly know as G. J. College, Rambagh, Bihta (Patna) as a proposed college in 1958. It got affiliation on 21st June 1959 up to B.A. by then Bihar University. It got permanent affiliation upto B.A . in 1965 by Magadh University, Gaya under the stewardship of Late Awadhesh Kumar Sinha as the Principal of the college. This college got permission to start Hons. in Economics, Pol. Sc. and then in Hindi.

Science education was started from 1969 in Phy, Chem, and Maths and from 1970 in Biology (Zoo. & Bot.). This college got permanent affiliation in Science from 1974-75. On 1st April 1977 this college became a constituent unit of Magadh University, Bodh Gaya.

The dream of its founder MACHA BABA has became a reality as this college is imparting degree level education in Arts and Science up to Hons. to the rural population of this area. This college has completed 50 years and in this Golden Jubilee year it is going to add one more feather to its cap by starting B. Com. Hons., teaching from the academic session 2009-10 which is the need of changing world.